Our individual skills, interpersonal relationships, experience and creativity are our strengths.

For over 10 years we’ve surrounded ourselves with people with whom we can grow every day and share our love for what we do.

For each project we assemble the most suitable team on the basis of skill, attitude and affinity.

We specialize in executive production, and work with experts to support each stage of the production process: research, organization and shooting, technical and post-production support, distribution, video communication and digital marketing. 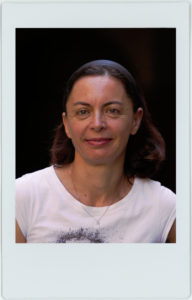 After graduating in Management Engineering I dedicated myself to the world of cinema, gaining a Masters in Film Studies from the University of Dublin in 2002 and studying at the New University of Cinema and Television in Rome.
In 2008 I joined Quasar Multimedia international with the aim of developing documentaries for the national and international market.
In recent years I have produced over 15 documentaries for Quasar Multimedia, including two mini-series, several of which co-productions which were distributed internationally. Many of my films have been selected for international festivals such as Visions du Réel Nyon, Prix Europa Berlin, Gran Prix TV Montecarlo, Dhaka International Film Festival, Rome Film Festival, and many others. I have participated in several European training programs, including Eave Marketing (2008) and Eave Film Finance Forum (2009), Eurodoc (2011) and Clearing rights for Cinema and TV / Erich Pommer Institute (2014).
INCIPIT FILM aims to address the challenges of the market with an integrated approach that includes production, distribution and new technologies.
Mail: marta@incipitfilm.com 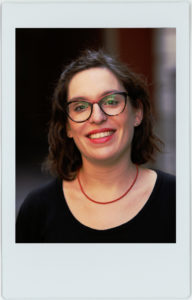 I graduated in Languages and Cultures for International Communication and Cooperation with a focus in cinematographic culture. My working experience developed for some time in multinational communication corporations such as Technicolor. Then I moved from Milan to Friuli Venezia Giulia.
Here I started working for Quasar Multimedia alongside Marta Zaccaron, developing and producing creative documentaries and feature films.
In particular, I oversee funding and pitching applications and relations, location scouting and general organisation on set.
I took part in several training programs: EURODOC, PUENTES Italy, RE-ACT and CEE Animation | RE-ACT.
Since 2020 I am part of the production team in INCIPIT FILM, where I am managing international co-productions of creative documentaries and feature films.
Mail: fabiana@incipitfilm.com 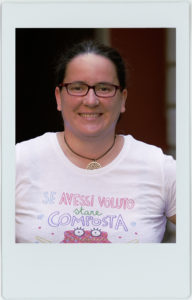 After graduating high school I took part in an audiovisual production training course. In 2013 I started working in Quasar Multimedia as researcher and production assistant. I support the production overseeing logistics, business trips, video deliveries and festivals entries and follow-ups. I also do extensive archive reserach, both video and photographic, supporting directors during development.
In 2020 I became a member of the INCIPIT FILM team as production assistant, researche,r and deliveries distribution manager.
Mail: camilla@incipitfilm.com

I graduated in Public Relations at the University of Udine. My first working experiences were in Public Administration, where I was on the institutional communication team.
I also took several digital marketing training courses, with the aim of improving my skills and know-how to specialise in this field. I was Social Media Manager for the Leggimontagna – Cortomontagna event and Digital Ambassadorfor the 4th edition of INSPIRING PR, the Public Relations festival.
In 2019 I joined Quasar Multimedia as Junior digital marketing and communications specialist. Here I oversee digital marketing and strategies for projects, I manage the company social media, press office and digital PR.
In 2020 I become part of the INCIPIT FILM team, where I oversee digital marketing, communication and distribution.
Mail: sonia@incipitfilm.com